The Duke of Gloucester

On  26th September 2018, HRH Duke of Gloucester  attended the Museum of Bath at Work’s 40th birthday celebration. It was the Duke’s third visit to the museum.  His first visit was to open the museum in September 1978.

The Museum of Bath at Work opened as a reconstruction of the Victorian engineering and soft drinks factory of businessman J B Bowler. The factory shut in 1969, and the museum trust purchased the contents to preserve them for future generations.  The museum has since expanded to include the many other ways in which Bath people have earned a living since Roman times. 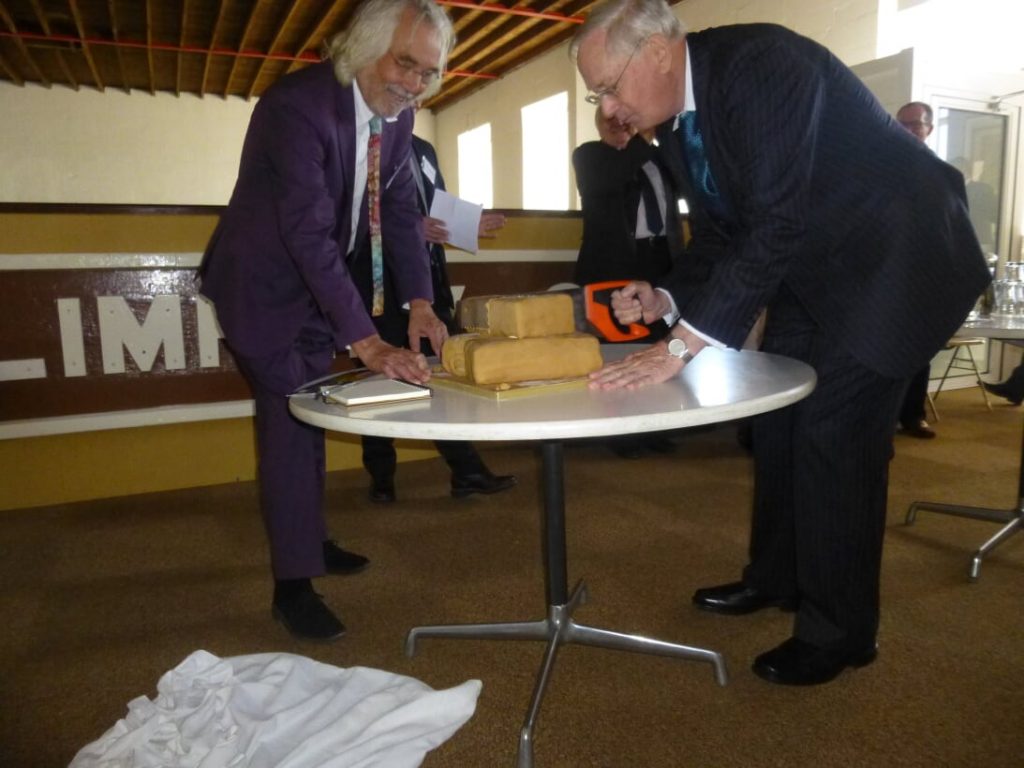 The Duke of Gloucester launched the celebration by cutting the birthday cake-with a saw! In explanation, the cake represented Bath stone blocks, which are soft enough to be hand cut with a saw. Edward Cross, chairperson of Bath industrial heritage trust, said that when the Duke finally retires he might, as he knows the museum so well, consider being a volunteer.

The Duke, who has a keen interest in industrial history, had a tour of the museum to see the changes since his last visit. He was particularly interested in a guest exhibit: a motor bike with a revolutionary rotary valve. The engine developed by Roland Cross in the 1930s used a rotary valve to replace traditional poppet valves. The engine was not a commercial success, but the high performance sealing rings he developed for the engine were. The Bath firm he founded now exports alloy sealing rings worldwide. 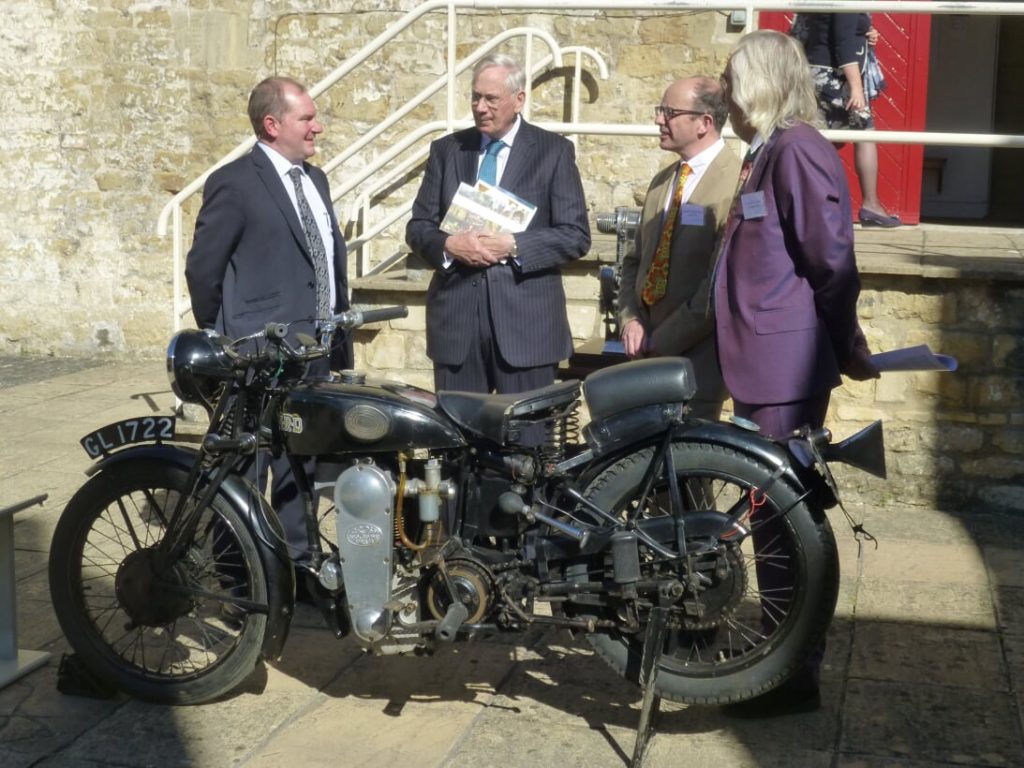 The Duke then saw the museum’s plans for the next 40 years. The ambitious changes involve staged improvements that will expand the space devoted to displays and research facilities.

The Lord Lieutenant of Somerset Mrs Anne Mawe, Mr Edward Cross, and Museum Director Stuart Burroughs greeted HRH the Duke of Gloucester. Also present were many of the volunteers, Friends of the Museum and trustees without whom the museum would not exist: in the past, the present or the future.

This website uses cookies to improve your experience while you navigate through the website. Out of these, the cookies that are categorized as necessary are stored on your browser as they are essential for the working of basic functionalities of the website. We also use third-party cookies that help us analyze and understand how you use this website. These cookies will be stored in your browser only with your consent. You also have the option to opt-out of these cookies. But opting out of some of these cookies may affect your browsing experience.
Necessary Always Enabled
Necessary cookies are absolutely essential for the website to function properly. This category only includes cookies that ensures basic functionalities and security features of the website. These cookies do not store any personal information.
Non-necessary
Any cookies that may not be particularly necessary for the website to function and is used specifically to collect user personal data via analytics, ads, other embedded contents are termed as non-necessary cookies. It is mandatory to procure user consent prior to running these cookies on your website.
SAVE & ACCEPT